A Note From the Founder, Chaman Puri,

When my wife and I were younger, we purchased what we thought would be our forever home. Not long after we moved in, we discovered major issues with the construction. When we raised our concerns with the builder, we were told we were past warranty – there was nothing he could do. Our dream home had become a nightmare.

Today, I run the business along with my son, Vivek, our General Manager, John, and our dedicated team – some of whom have been with us for decades. We operate debt-free and have built a vast network of trusted vendor and subcontracting partners. We honor our promises to every homeowner. To us, it’s simple. Build beautiful, quality homes. Exceed expectations. Make life better for our clients. Our proof we’re getting it right? Our business is built on past-client referrals.

We’ve seen builders come and go with every boom and bust. We’re here to stay. We have a legacy to protect. I invite you to be part of our legacy and join our Classic Homes family.

Chaman Puri, founder and President of Classic Homes, has been involved in the home building industry for over 35 years and has been in construction for almost 50 years. Chaman received his undergraduate degree in Civil Engineering and went on to earn master’s degrees in Geotechnical Engineering and Structural Concrete Design. He has been in the Washington DC area since 1969 and has seen the dramatic growth of the area and been involved in various aspects of that growth. Upon starting a homebuilding business in 1983, he took a deep interest in providing quality at a great price without sacrificing design.  In fact, the first home he ever built shared engineering principles he used when designing large-scale commercial projects, which the homeowner recognized as setting that home very clearly apart from the competition. Throughout the years, he has developed over 1,000 acres of land, comprising over 1,500 homes in 6 counties. He has brought this vast experience to bear to design homes that are built to last and desirable across the spectrum of tastes, budgets, needs, location, and more as well as help tackle tricky lot situations while keeping costs to a minimum – a skill that is very rare. Chaman has brought this attitude of providing friendly expertise to our homeowners while also focusing on quality, design, value to everyone at Classic Homes.

Vivek Puri,  President of Classic Homes, grew up in McLean and has been around homebuilding since the age of nine, when the family home building business first was started. He attended public schools in Fairfax County, including the Thomas Jefferson High School for Science and Technology, where he is still actively involved. He knows firsthand the evolving tastes of homeowners in Northern Virginia and the value that families place on education.

After attaining his bachelor’s and master’s degrees in electrical engineering from Cornell University, Vivek worked at Capital One during its formative years in the late 90s. He then went on to MIT and Harvard, obtaining a graduate degree from each, and worked at Bain as a consultant on strategy and private equity. He joined Classic Homes in 2006 and has spent time in every function, including as an assistant superintendent to gain first-hand experience of the home building process. He has brought his education, cultural and work experience, local upbringing, and family-first mentality to create a team and a company that seeks to provide value, safety, and happiness to its homeowners. In his spare time,  he loves spending time with his wife and children, even showing them houses that we’ve built.

John Halak, After graduating from Tulane University, John started his professional career in the US Army and served 9 years in various leadership positions in the United States and overseas. Upon leaving the Army, John joined the home building industry and spent 15 years with several national builders serving in various roles. John spent time in every facet of the homebuilding industry and he has designed, sold, built and serviced thousands of homes in the DC Metro Area. He has served in various leadership positions including Vice President of Construction Operations and Division President for several of the largest builders in the country. John joined Classic Homes in 2018 as the General Manager overseeing the company’s homebuilding operations where he can combine his national homebuilding experience with his entrepreneurial spirit. Outside of work, John enjoys spending time with his wife and three kids. He is also an avid cyclist who enjoys all types of riding. 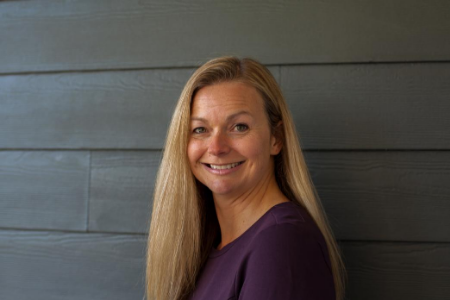 Emily Kallal, Director of Client Operations at Classic Homes, grew up in Northern Virginia. She has over 19 years of experience in the area’s home building industry, where she has focused on Sales and Marketing Management, including running fully staffed sales teams, with small local builders and large national builders.  In those roles, she has developed a strong sense of construction and how to read and interpret architectural and site plans and explain them in a way that her clients can understand.

Since joining Classic Homes in 2016, Emily has used her prior sales, leadership and field experiences to help her listen and engage with clients as she assists them in creating their dream home and guiding them through the permitting process.  She truly enjoys identifying customers’ needs, customizing our floor plans to meet those needs in clever ways, and exceeding their expectations. Emily graduated with a BS from Longwood College, where she led their softball team to numerous victories, and still holds several school records.  Outside of work, Emily enjoys being outdoors and spending time with her family. 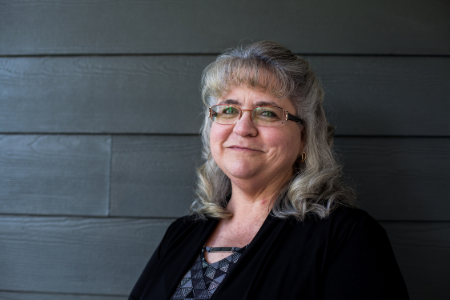 Kami Sampson, Director of Construction joined our team in August 2019. Kami began her career as a Real Estate Agent in 1990 moving to land development and new home building shortly after. Her career has taken her from the small construction company she owned to managing the construction of over 1500 single family, town homes and condominium buildings in the Northern Virginia and Central Maryland areas. She has been featured multiple times over the years with National Builders as one of the few Woman in Construction. Kami’s family has a rich history in the Northern Virginia area more specifically Tysons’ corner. Her passion is to look for and implement better building practices, along with providing outstanding customer service to the families her team is building homes for. When she is not in the field you can find her with her husband enjoying a day on the water in Southern Maryland where she resides. 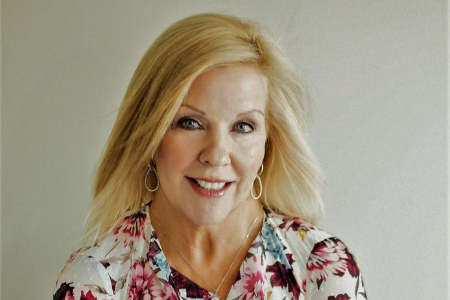 Teresa Kidwell, Director of Sales at Classic Homes, began her Real Estate career in the early 90’s and has been a Top Producer in New Home Sales, General Brokerage sales, Military Relocation, and Sales Management for over two decades. She has experience selling large developments of town homes and single family homes, as well as individual lots and custom homes. Since joining Classic Homes in 2012, Teresa has utilized her knowledge of Construction and Real Estate to assist the customer in creating their dream home. Her ability to simplify the home building process to customers who are building for the first time is a great asset to our team and contributes to overall customer satisfaction as well. Teresa also studied music theory which has been a great joy of her life as she enjoys playing guitar, piano, and singing alongside her family. 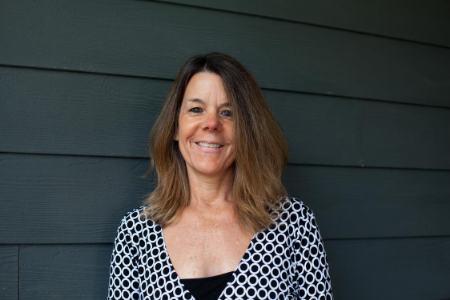 Diane Hunter, Office Manager, was born and raised in Northern Virginia and has lived all throughout the region. Her professional career began in the financial industry which she was a part of for over a decade. This knowledge about the intricacies of the financial world has been a great asset to our team because she can expertly navigate the ever changing industry prices-and retain the best ones for our customers. She joined the Classic Homes family in the early 2000’s and has been a part of this team for almost two decades. Diane loves the New Home Construction industry and has been active in her learning and development in the latest industry news ever since joining. She enjoys working with the team because of the family friendly atmosphere and the joy of helping a customer build their dream home. When she is out of the office, Diane enjoys spending time with her husband, cats, and kickboxing. 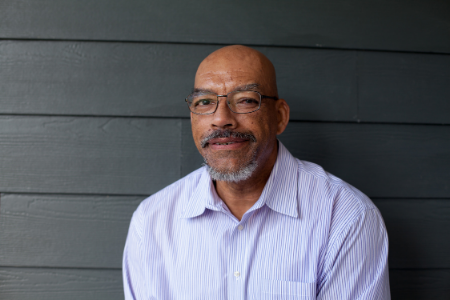 Curtis Smith, Vice President of Production/Purchasing, was born and raised in Northern Virginia. He earned his B.S. degree in General Business Management from Norfolk State University. His career began in sales at large corporations such as Sears and Giant. He transitioned to construction and began working for a local Mill-work Company which supplied construction materials to national builders in the region for over three decades. He has been the recipient of the Outstanding Sub-Contractor of the Month Award and letters of outstanding performance as well. His experience in sales led him to be promoted to Sales Manager where he managed over thirty salesmen in Northern Virginia, Richmond, and North Carolina as well. Curtis has been a part of the Classic Homes family for over two decades and his experience in the details of the home such as windows, door moldings, and construction blue prints has been a great asset to our team. When Curtis is out of the office he enjoys spending time with his family, golfing, traveling, exercising, and weightlifting. 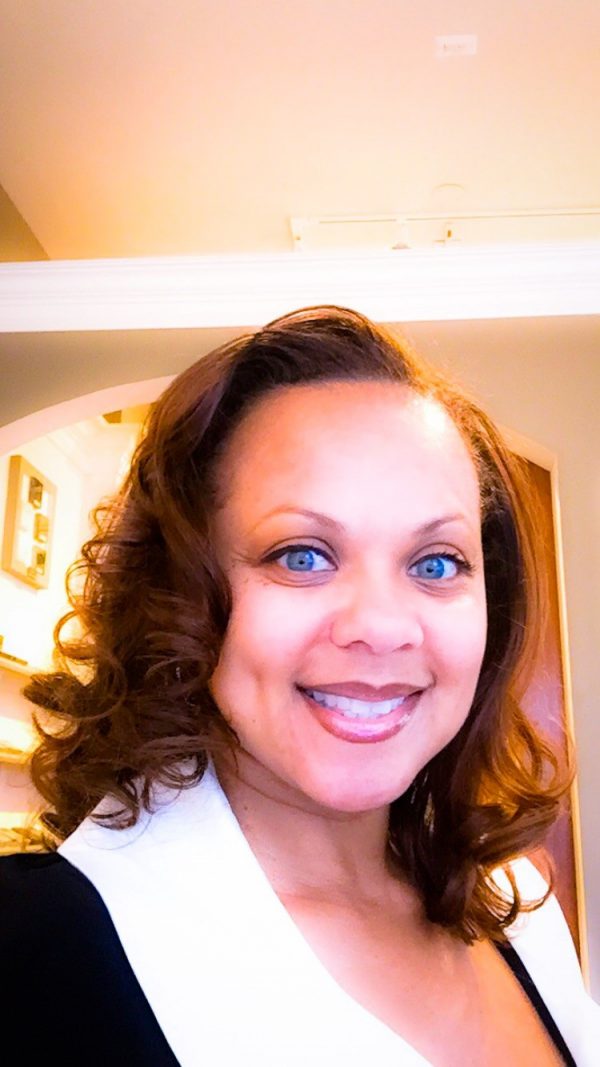 Kristine Baptiste, Design Center Manager, grew up in Northern California and moved to Northern Virginia in the early 90’s. Her career began in new homes sales with nationwide production builders. During her time in sales, she underwent intensive training and cultivated a successful sales record. She will always look fondly on her years in sales, but her true passion lied in assisting customers select the perfect finishing touches for their home. Kristine joined the Classic Homes family in 2014 and has loved directly helping customers in the Design Center. In her roll, she has found true joy assisting our customers with bringing their vision to life; as well as assisting the builder with selections for various models and spec homes. Kristine has been a great asset to the Classic Homes family because of her keen attention to detail and ability to help customers discover their stylistic voice. When she is out of the design center she loves traveling with her husband and spending time with her son, a proud member of the United States Marine Corp, and daughter who plays travel soccer in high school. 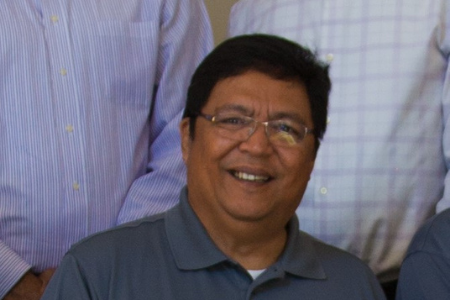 Mel Geminiano, Project Estimator, grew up in the Philippines. During his time there he earned his BS in Civil Engineering which directly affected his military service in a positive way. For over twenty years he served as a Senior Civil Engineer and joined the Corps of Engineering for the Armed Forces of the Philippines. He and his family immigrated to Northern Virginia in 2010 and joined the home building industry, specifically focusing on multi-family homes construction in Northern Virginia. He shifted to single family homes when he joined the Classic Homes family in 2017. Our team benefits from his ability to work efficiently yet pay attention to the fine details of your home to ensure its high standard of quality. When he’s not at the office he enjoys spending time with his wife and three kids, and spending a day out on the fairway hitting golf balls.

Don’t miss out! Signup and we’ll keep you updated